To Infinity and Beyond! That old Blackmagic is back

With the infinity focus issue solved, the Blackmagic Cinema Camera is back on track to become the darling of indie film makers everywhere. We were chatting to some of the Blackmagic team at BVE last week, and all future BMCCs coming out of the factory will not suffer from this issue. If, on the other hand you are one of the few lucky souls who have already received their box of hen’s teeth, you’ll have to send it back to base for a spot of flange fettling (my phrase – not official BMD terminology). File a support ticket here 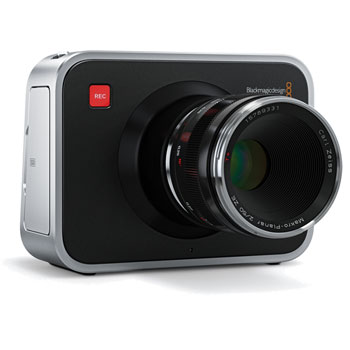 –
Shooters everywhere are eagerly soaking up the web chatter from the few DoPs who actually own a BMCC and the footage is very impressive, but no official word yet on the MFT version. We applaud BMD for their bold move into this arena, and teething troubles aside, can’t wait to see what the boffins down in Mere come up with next. Watch this space…
Tagged with: Blackmagic Cinema Camera • BVExpo 2013 • infinity focus issue solved • MFT • Scan Pro Video