As the ‘Out of Office – Away at NAB show’ replies mount up in my in-box, a hush descends on the broadcast world as the rumour mills spit out evermore absurd leaks that are un-sourced, disclaimed, re-retweeted hearsay. Why bother when truth is far, far stranger than fiction. I’m checking the date on my phone… No, definitely not April 1st. Is Beadle’s About still on TV? If I am making an ass O’ myself, it’s because I sooo want this to be true. 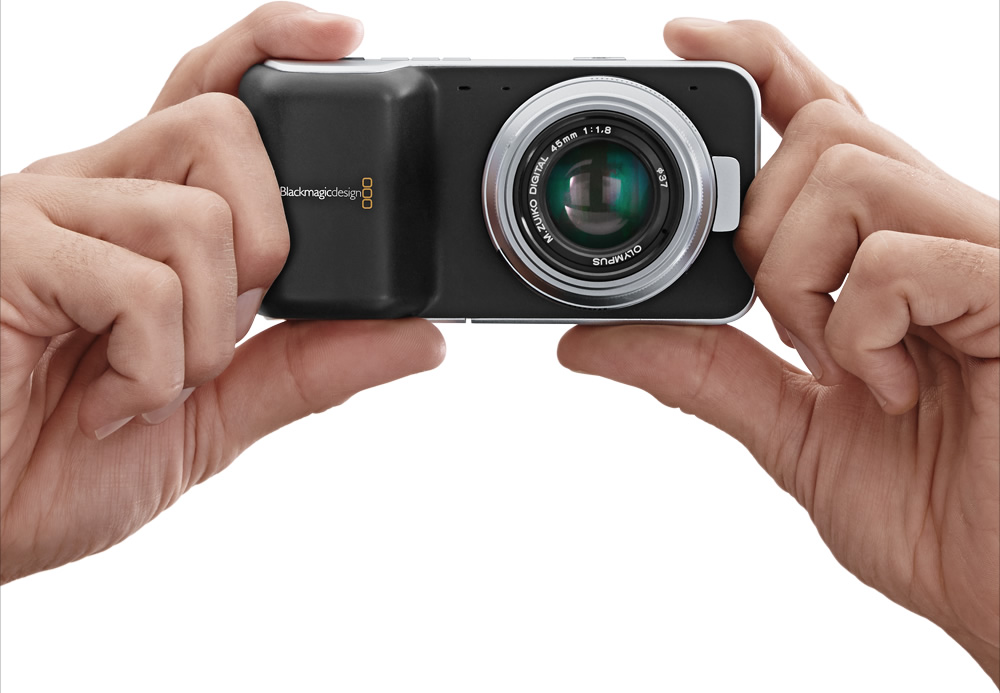 “Last year we launched the Blackmagic Cinema Camera and although we had sensor supply issues, the cameras are flowing faster all the time and the people receiving them are doing some stunning work. It’s really amazing watching the work people have done appear on various web sites!

Of course, the big aim of this camera was to get a true film look. We worked hard on the design to do this and the images are stunning! However another one of our design goals was to make a cinema camera that was an extremely small size. The Blackmagic Cinema Camera is very small and much smaller than a normal cinema style camera.

What we wanted to do next was see if we could make a cinema camera even smaller!

We have done this, and the new Blackmagic Pocket Cinema Camera is incredibly tiny. It’s a true digital film camera with a Super 16 size 1080HD sensor with 13 stops of dynamic range. The images look virtually identical to our current camera!

It features a Micro Four Thirds™ lens mount so you can use low cost lenses, but also Super 16 cine lenses via an adapter. If you use a Super 16 cine lens, combined with the Super 16 sensor size and the 13 stops of dynamic range, it’s just like shooting to Super 16 film! Of course you can rig it up with large lenses so it’s perfect for large jobs too!

We have worked incredibly hard to build the smallest camera design we could, while retaining the ability to comfortably use it hand held. It’s an attractive design with built in stereo mic’s, LANC, micro HDMI with overlays for monitoring, solid grip handle that holds a removable battery and built in recorder to SD cards. It records lossless CinemaDNG RAW and ProRes 422 (HQ), so the image quality is amazing.

I feel that the small design lets this camera be used for all kinds of tasks a normal camera would be too large to handle. My feeling is a small camera can always be bigger, but a big camera can never be smaller. I think its going to be very exciting to see what kind of work is done with this camera. For myself, it’s nice to have a camera I can use personally for shooting my family, which gives a timeless film look.

The Blackmagic Pocket Cinema Camera will be shipping in July for $995.” 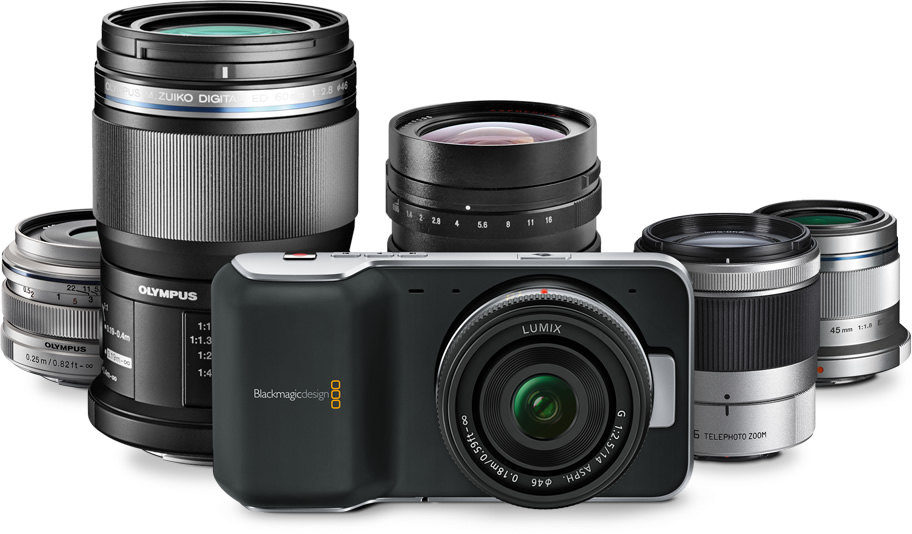 The new products Blackmagic Design are announcing this year are: 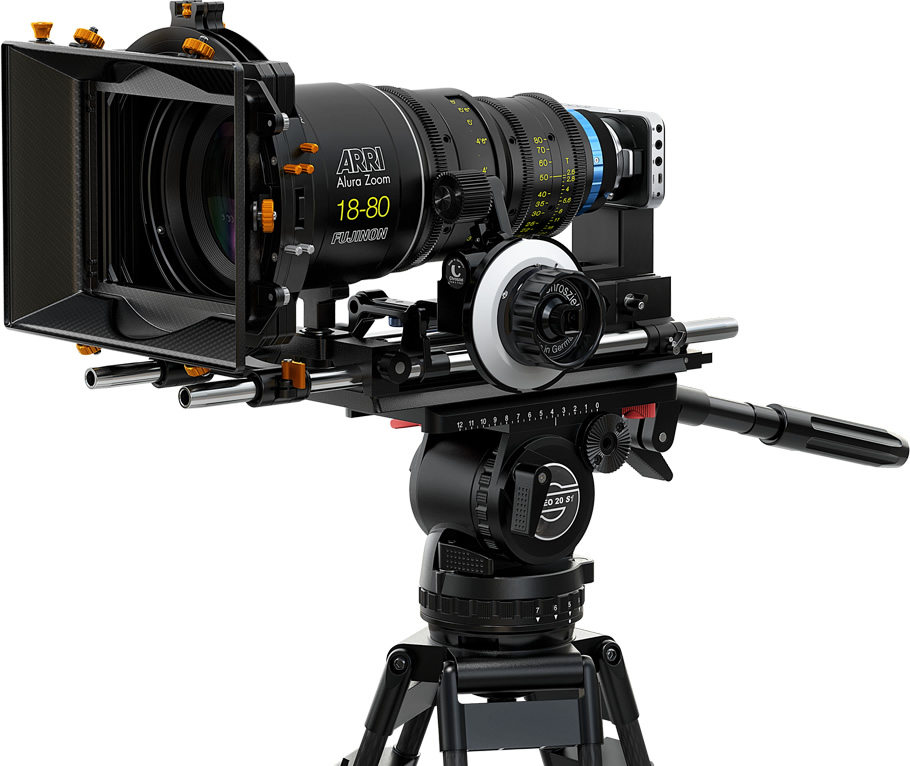 I think the boys ‘n’ girls from BMD have done it again. What on earth will the competition do to steal their thunder? OMG! It’s only Day 1!!!