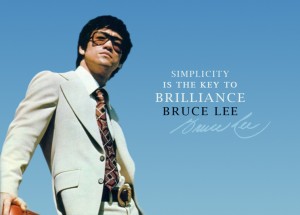 Bruce Lee is THE martial arts icon. Period. But most of us only know of him through his tireless drive to share his art on the big screen. On Tuesday 16th April 2013, on the 40th anniversary of Lee’s death, Paul Sagoo, founder of The Asian Awards, celebrates Lee’s contribution to cinema by presenting the prestigious Founders Award to Lee’s wife, Linda Lee Cadwell, at a ceremony at Grosvenor House, London.

This accolade, chosen by the co-founders of the Asian Awards, recognises an individual from history or present day who has had a major impact on the world. Judges consider the global significance of this individual’s contribution and legacy, and how widely this is understood and appreciated outside their sphere of activity.

There has been much speculation about how Lee’s legacy will be marked on this important anniversary, and The Asian Awards is incredibly proud to play its part in remembrance of such an outstanding icon.

Now in its third year, The Asian Awards has cast its net wider to include nominees from across the Asian continent. In previous years, The Asian Awards has recognised the achievements of individuals of South Asian origin, but for the first time, nominees with origins from China, Japan, Korea, Malaysia, Indonesia, Singapore and other East Asian countries have also been considered.

Paul Sagoo feels that the expansion is a significant step forward for the program and gives the awards unparalleled global appeal.

Previous recipients of the Founders Award include legendary music artist Freddie Mercury for his outstanding contribution to the music industry.

Bruce Lee’s passion & total dedication saw him rise from poor immigrant to Hollywood star in the blink of an eye. Lee tragically died at age 32, which only hastened his elevation to worldwide icon. Trail blazers deserve their lion’s share of the lime light, and whilst there are undoubtedly more skilled martial artists around today, Bruce Lee will always hold the title of the greatest martial arts icon in the history of film.

Credit is due for his enormously positive contribution to the way Asian culture, traditions and people are perceived in the West; as well as the rise of (home-made) nunchuk injuries sustained during the 70’s & 80’s, it’s common to hear people state that without the influence of Lee’s oeuvre, the chop-socky film industry, nay the world, would be a very different place. I think it’s a fair assessment to state that nature abhors a vacuum and we’d simply be praising another Asian film star who’d caught the zeitgeist… but I’m not impartial. Like millions of you out there, Bruce Lee has, from early childhood, shaped my consciousness. I’ve painted his likeness, supported indie martial arts film projects, studied J.K.D. and Wing Chun Kung Fu. All because of one man; Bruce Lee.

In 1999, TIME magazine named him as one of the 100 most influential people of the 20th century. Personally I’d have him in the top 10, so SPV applauds Mr.Sagoo’s celebration of Bruce Lee’s contribution to cinema… and the world. “Don’t think; Feel.” You know the rest.

Find out  more about The Asian Awards