Velocity 2014 – MoGraph & HDR Runner-up Coffee, consultation and an Oscar in Soho. A normal day in the life of Velocity 2014 winners 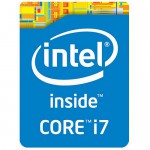 SCAN Computers and Intel are proud to have worked with the inspirational artist Trish Meyer in selecting the talented winners of Velocity 2014 Motion Graphics & HDR category. 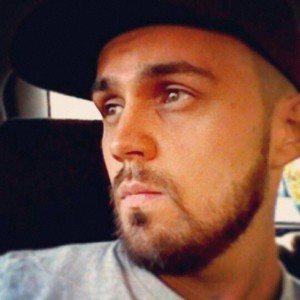 MoGraph & HDR 2nd Runner-up James De’Cozar – “HDR scenes is where it’s at for me.”

James De’Cozar had an early passion for the arts. His love of photography was recently rekindled leading to wide spread praise for his work. Following on from his success with Velocity, James is looking forward to developing his talents with an exploration of the moving image and DSLR filmmaking.

“The second runner-up, the stunning HDR image of the Tower of London (“Two Towers – London”) from James Alexander De’Cozar, displayed a side of London that most of us have never seen. I’m sure it would make an excellent poster for the London Tourist Board!”

When I interviewed James he had this to say on hearing he was the Velocity 2014 MoGraph & HDR 3rd Place runner up. “I was over the moon basically. When you apply for things like this you never really expect to win, but then you get an email saying ‘you’ve won!’ and you think ‘Oh bloody hell! ’ So yeah, over the moon.” Who was the first person you told? “I told a colleague of mine who’s a graphics designer. I wish I’d told him about the competition, but then I probably wouldn’t have won so I’m glad I didn’t! ”

From a very early age James was interested in the artistic side of things. He always had an eye for those perfect shots and was top of his class in art & photography. Since leaving school and going into the big wide world his passion was diverted to IT and he forgot his roots and first love. Only in the last 3 years has he realised what he’s been missing. Deciding to give himself a shove to do something about it he bought a new DSLR and started doing work for family and friends. This grew to include amateur modelling shoots for degree students. As an amateur photographer James is thrilled with the response he have been getting.

So how are you going to use the opportunities that Velocity is offering? “I’ve always been interested in the arts and photography has been a hobby of mine since school. I take any opportunity to shoot for friends and family and have recently had my work shown on TV. I’ve always wanted to develop my skills as a photographer and filmmaker but never really had the opportunity to do it. The kit and software I’ve won from the competition will help towards that.”

What are your next steps?

“To create more time for myself so I can progress in my hobby. Winning 3rd place was a kick up the bum basically. I’m always trying to better myself and you’ve opened more doors for me.”

“It’s a simple thing to answer really. Do it! Winning has been a real confidence kick, so thanks. It’s only two minutes of your time and you never know what doors can open up. I wouldn’t normally apply for competitions and would just ignore them thinking ‘I’ll never win’, but I had a gut feeling about this one; I saw the Velocity 2014 flyer that arrived with the new PC from Scan and just went for it. As well as for my gaming (lol) this PC will help process my raw files. So my advice to anyone, especially if you think there’s no point is ‘Just go for it!’  I’ve always had an eye for a picture. With the Two Towers photo I was just walking along and luckily had my camera. I was surprised it turned out so well. A colleague has it set as his wallpaper on his desktop and now thousands more people will get to see my work.”

“To all those whose work made the shortlist, well done! And I would encourage all creatives to enter competitions like these; you’ll never get in if you don’t enter! If you feel your skills aren’t there yet, then take some classes and then practice some more. If you don’t have a client yet, then be your own client; give yourself a scope of work that is challenging but do-able then complete it to the highest standard you can muster at this point in time. When you find yourself saying “I can’t do that thing…” simply add the word “yet”, as in “I can’t do that yet…”. Then keep at it. And never forget that luck is when preparation meets opportunity!”