Recreating the Live Experience with EDIUS 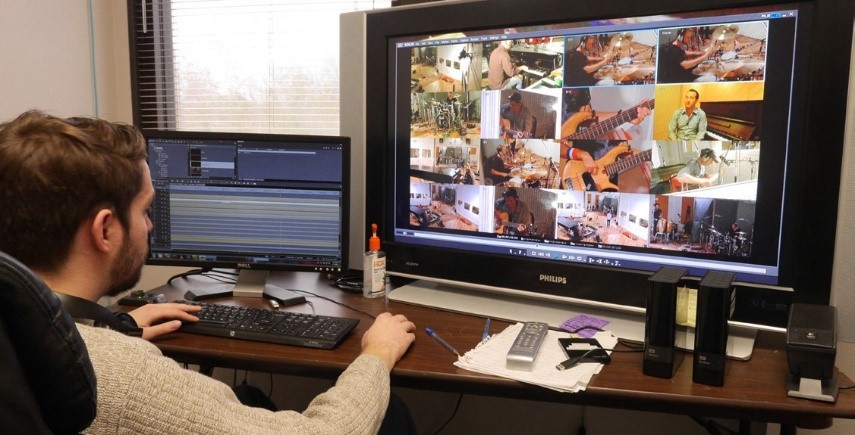 TourGigs has produced more than 50 multi-camera recordings of live concerts around the world. The company works with major bands such as Bush, Widespread Panic, The Head and The Heart, The String Cheese Incident, Gregg Allman, WarrenHaynes, The Disco Biscuits and Umphrey’s McGee. TourGigs makes high-quality Blu-ray Discs, DVD sand downloads of each show they shoot available for sale online within days of the show. Speed and efficiency are key to TourGigs’ success: the faster they make the shows available, the higher the sales

“We’ve built a modern, streamlined production workflow that allows  us to set up and break down very quickly,” said Saxbe, who serves as the company’s producer and technology officer. “This is important to the type of shows and venues we work in. Our Blu-rays and DVDs have the same quality as anything you can buyin a store, but the live component of each show makes them unique and highly sought-after by fans of the bands we work with.” Footage captured from up-to 14 cameras is used to produce a line-cut livestream with a customized switcher built around Blackmagic Design hardware, a 24-channel PreSonus live mixing console and a streamlined workflow. The line-cut from the live stream is imported into EDIUS with the camera ISO feeds and assembled into a program using the line-cut as a guide. ”

The line-cut and camera footage is brought back to the TourGigs offices in Austin and ingested into a custom workstation where everything is quickly put into sync and left overnight for proxying. It is then edited using Grass Valley EDIUSPro 7. Footage stored in the cameras’ solid-state memory cards, as well as the line-cut, are transferred onto a RAID array. The edited footage is packaged with venue information and graphics, and TourGigs creates a dedicated webpage for that concert, complete   with still photos from the show. “We’re constantly re-tooling our technology package but the first thing we settled on was EDIUS because we were able to get up and running on the system within hours of prep time,” said Roberts. “I initially tried other editing programs and they could not keep up with me and the way I like to work. With EDIUS, it was love at first edit.”

EDIUS is Up to theTask

RobertssaidprogramslikeFinalCutPro7andPremiereProoften require transcoding a file before they can begin working with it. Not so with EDIUS, which includes a real-time codec that allows Roberts to begin working on a file while it’s being ingested. He can also take in the AVCHD files output from the Panasonic DSLR cameras and natively edit them on the same time line—using the multicam mode within EDIUS. There’s no transcoding or waiting for files to render at all. “AVCHD was a new format for us and working with other systems that use Apple ProRes compression causes you to create duplicate files, which requires more storage and leaves us with a bunch of files we don’t need,” he said. “With EDIUS, the process is very much simplified, with no duplication of files, which makes the workflow a lot easier to manage.” Jumping into EDIUS and being able to cut right off the AVCHD files has been a huge time saver. “None of the other edit systems we tried could handle a multicam edit the way EDIUS can,” Roberts said. “It’s really no contest. It’s amazing to me that I can see a playback of our edits so quickly. We use proxy files to do a first rough cut. EDIUS is very intuitive — I was using it after a day of playing with it.” “We have to do quick passes to get the DVD turned around quickly. Speed is the basis for our business.” “EDIUS has a number of features and ways of working that benefit tour style of editing perfectly,” said Roberts, adding that he can complete a 90-minute edit of a show in about eight hours total. “I don’t think a lot of editors can do the type of work that I do with EDIUS.” 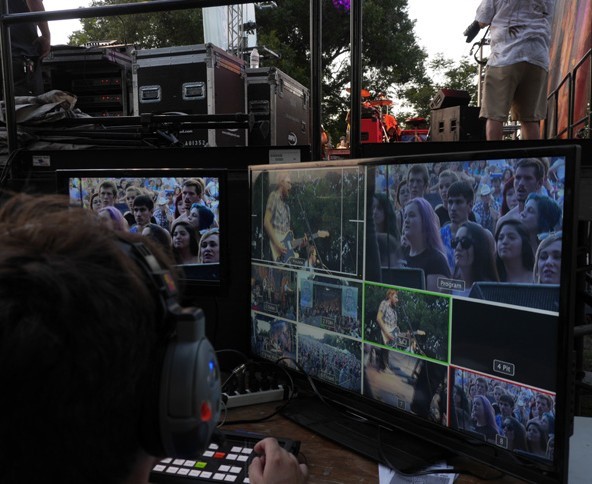 A New Type of MusicVideo

What TourGigs is creating is a new style for rock-and-roll and other types of concert films that are light on wipes and effects and just present the band on stage as they appeared the night before. 2014wasarecordyearforTourGigswithovertwentyshowsproduced.TheyalsowentontourwithUmphrey’s McGee and shot the entire leg of their southern run. TourGigs goals are to continue to shoot a band a week (on average) as well as add a full tour to their slate offering all shows available for purchase from a tour. For more information, visit www.tourgigs.com