Professional Graphics Monitors: A Guide Is Three The Magic Number?

With 250 new features and 1000 enhancements DaVinci Resolve is an evolving ecosystem. With full NLE functionality Resolve is much more than a powerful tool for colourists. The 3XS Resolve Grading 4K Workstation is engineered to harness the full potential of DaVinci resolve 12.5

Available from the Blackmagic Design website, or *buy Resolve 12.5 Studio from Scan.

Details from the briefing below. 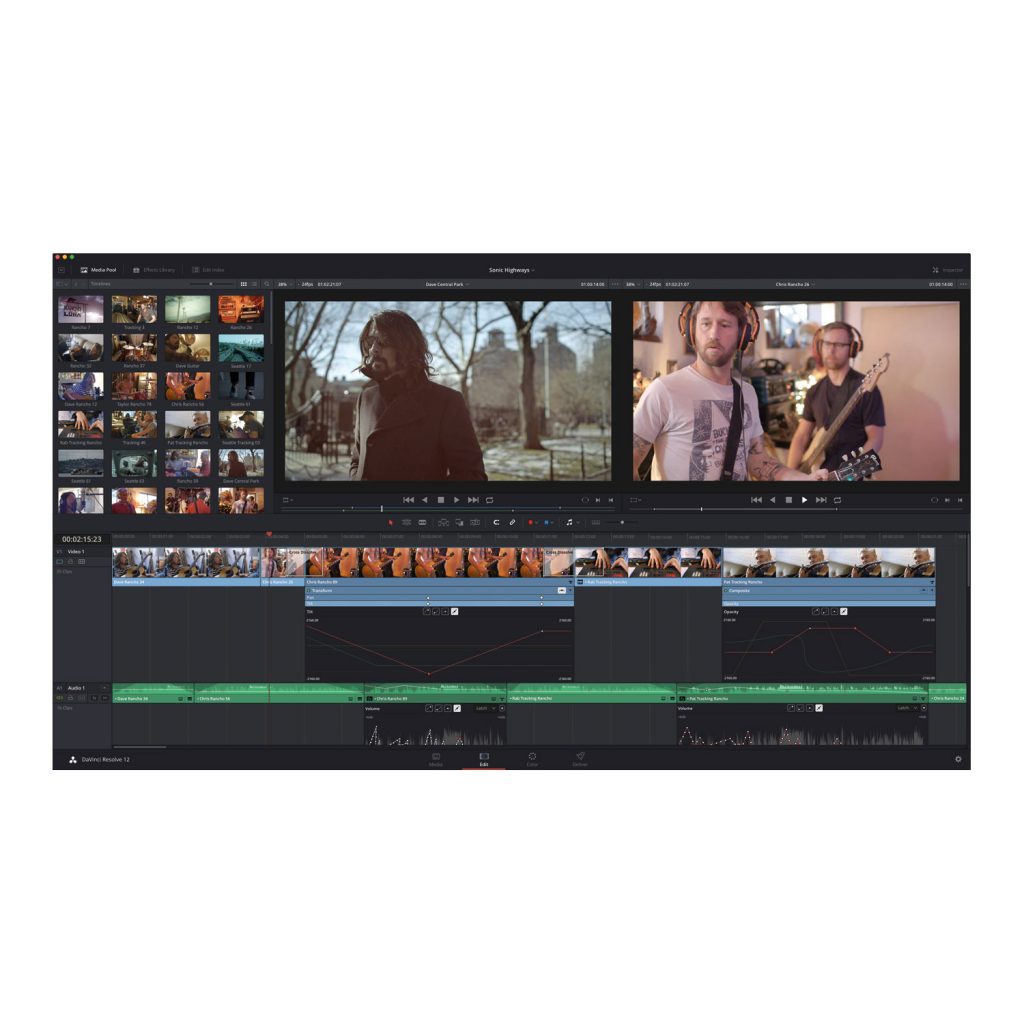 There have been significant interactivity improvements to the interface and you can see it, and even feel it, throughout DaVinci Resolve. There is a new variable speed curve integrated with retime controls and this lets you open the retime controls and retime curve editor for the clip in the edit timeline

In DaVinci Resolve 12.5  there is now metadata on the edit page. All you need to do is select the new metadata icon at the top next to the inspector. Now you can see the metadata a lot more compositing modes as well as lots of new effects including more dissolves, more wipes and lots of other transitions.

We have added Fusion Connect and we can now send a clip or composition of clips direct to Fusion. Once you have rendered your composition you can then return to the edit, and the clip you rendered will automatically be in the timeline. It’s very fast. With Fusion now on both Mac OS X and Windows we think this is a very powerful combination and will really enhance workflows.

We have included improvements to Multicam and you can right click on media pool clips to make a new Multicam clip. There is also new options for syncing common angles using camera metadata. You can also name angles sequentially, based on file name or camera metadata. You can also edit titles in place now and all you need to do select the clip and then you can drag to rotate, double click the text to edit and more.

A very exciting feature for colorists is the new ResolveFX tools on color page. To use them, simply open the OpenFX window and drag an effect clip like Glow, Light-ray, Vortex or Mirrors onto a node and make any adjustments you need.

Another big feature in DaVinci Resolve 12.5 Studio is significantly improved noise reduction. DaVinci Resolve 12.5 Studio also includes a new automatic lens correction and you can fix lens distortion simply by clicking analyze to auto correct it. You can then further adjust the correction in the inspector for finer control but you can also use it as a lens distortion effect which can be very useful.

One of the other big features we have added into DaVinci Resolve 12.5 is easy presets for common output formats. This is very useful if you are outputting to destinations such as YouTube or Vimeo as you can just select the output and start mastering.

One of the other big features in DaVinci Resolve is new high dynamic range or HDR grading tools built in. This really simplifies grading HDR work and includes High Dynamic range cache, node with HDR controls, color transforms and HDR scopes scale for HDR grading. There is also a new update available for our UltraStudio 4K Extreme and DeckLink 4K Extreme 12G that adds HDR on HDMI out so you can get a full end to end solution.

One of the biggest problems we found when editing dialog is cutting against the audio track when you cannot see it. With DaVinci Resolve 12.5 we have added an audio waveform overlay into the source viewer. Another problem when cutting against dialog is sometimes you want to keep your edit points away from the dialog by a specific amount. We have added a new playhead shadow feature and you can select this in the project settings for how many frames width you want.

The good news is DaVinci Resolve 12.5 is available today as a public beta* so you can download it now!

*When the software has completed its public beta testing, we will be releasing this update free of charge for all DaVinci Resolve users. We have lots of ideas for the future, so please remember to upgrade to the paid version if you’re doing professional work as that income pays for faster development!

Take a look at our NAB special offers