In parallel with increased resolution, the form factor of the video camera has witnessed a radical overhaul during the last 5 years, giving rise to modular rigs including action cameras, DSLRs and digital cinema cameras. However, you’d be forgiven for thinking that supports and grip have stayed much the same since the days of the Lumière brothers. The requirement to support the camera with tripod legs plus a head that offers horizontal and vertical movement was nailed early on, so continued development has tended to be one of refinement along these basic principles, not withstanding improvements in the materials used. So when camera support manufacturers speak of innovation it’s fair to assume there’s a whiff of snake oil in the air.

My current Manfrotto tripod system has outlasted 4 camera upgrades and still does a damn fine job of this thankless supporting role; but tatty and battle scarred, it’s now time for Old Faithful to go to the big film set in the sky. Consequently when Manfrotto offered me a sneak peak at their new Nitrotech N8, there was a touch of self-interest in my keenness to road test their video head upgrade at the pre launch event. Perhaps in part because of the secrecy surrounding the product, complete with black cloth draped tantalisingly over the kit, the product reveal was an exciting affair and immediately following the ta-dah! moment, before I had even touched the kit, I desired it. The N8 makes a strong first impression. Its distinctive design telegraphs that we’re dealing with something quite new. 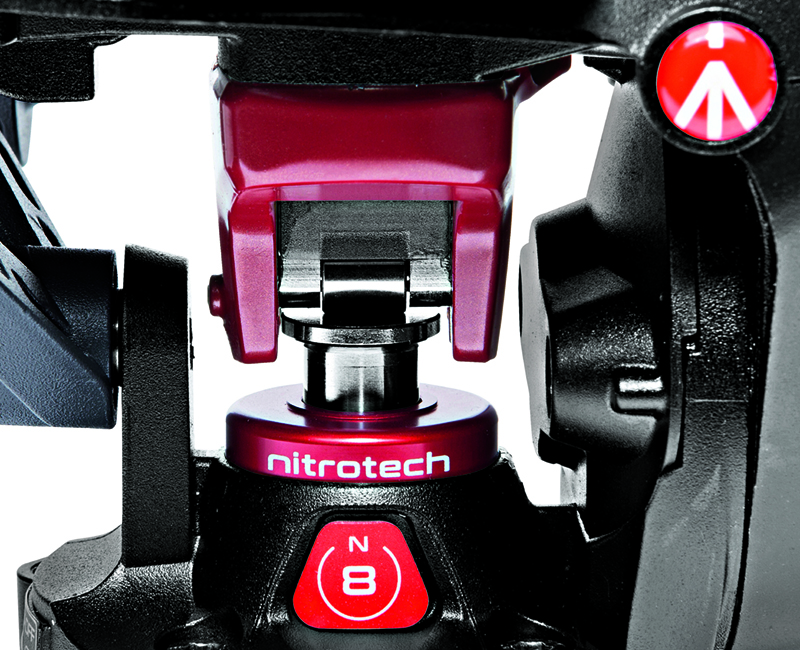 Hyphenated superlatives such as ground-breaking aside, Manfrotto’s mission has always been to support and simplify the work of reporters, photographers and producers. So does the new Nitro N8 meet the brief? Yes; in buckets.

Once I had used it in a real-world setting there was no doubt I wanted, no needed it. Sworn to secrecy at the time, I can now share with you why N8 will be my next weapon of choice.

For someone like me with a wide range of camera kit and accessories, shifting from studio to location and back again, it’s an easy sell. The N8 combines the features I have come to depend on from Manfrotto’s video head range (e.g. 3/8” Easy Link adaptor and illuminated levelling bubble – love it) with a game changing piston mechanism that guarantees precise, continuous counterbalance. This is the truly innovative feature of the N8. During my tests it behaved exactly the same with either my DSLR or URSA Mini – rigged with Schneider FF prime, mattebox, follow focus and Atomos monitor. The 75mm flat base mount (standard 3/8” thread) and side-lock sliding plate mechanism make the move from tripod to slider to jib safe, quick and blessedly easy. It’s also worth mentioning the variable fluidity function on both pan and tilt. I was mightily impressed by the N8’s smooth action; even a rooky Camera Op could deliver jump-free moves from this head.

I count myself amongst the target users of the N8, as it’s aimed squarely at pros with a range of modular camera kit and accessories looking to use a single system across different supports, but who demand the same precise control regardless of camera set-up (assuming it’s within load spec 0 – 8kg), which segues neatly into the following point.

For those of you looking for something that will take a larger payload than 8kg, fear not – but you’ll have to be a little more patient. The N12 will launch this Autumn rated with a counterbalance payload of between, yes you guessed it folks, 6 – 12kg. 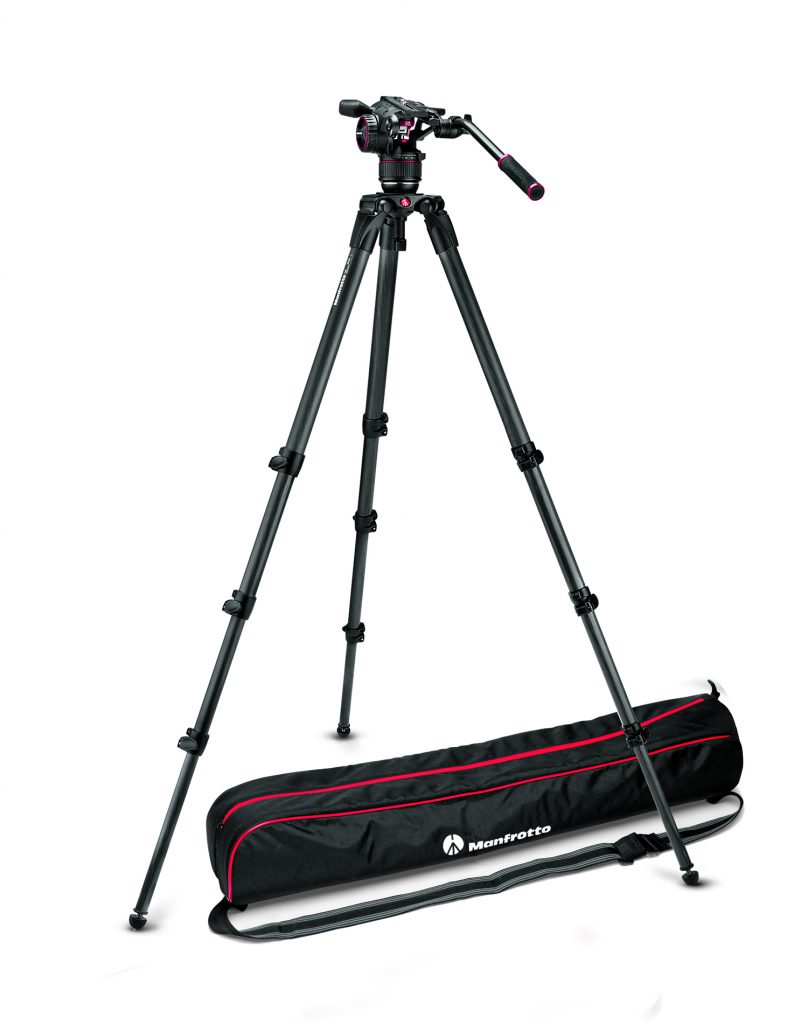 Available now from Scan Pro Video, the Nitrotech N8 (MVHN8AH) head, the first model in the MANFROTTO NITROTECH range, is also available as a system in two different configurations:

In addition to investing in quality glass, a workhorse head and sticks are an absolute must for any producer. Buying a cheap tripod that isn’t fit for purpose is one of the false-economy mistakes you hope only to make once in your career.

Final word: For build quality, design and superb function the Nitro N8 ticks all my boxes.

You can take a closer look at the N8 and N12 video heads during IBC, or for more information visit Scan Pro Video 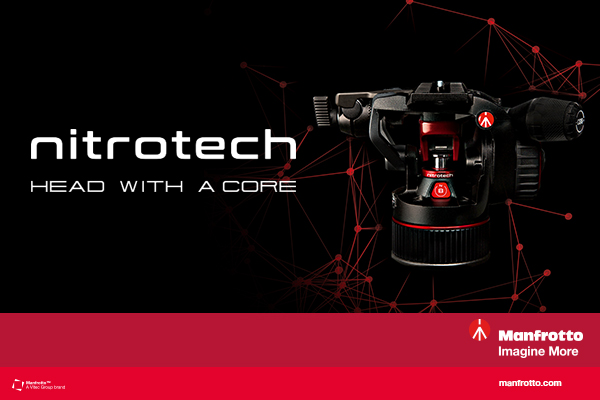