Editor/Colourist Ian Brown talks about his journey from suite to cellar and the support he received from team Scan. 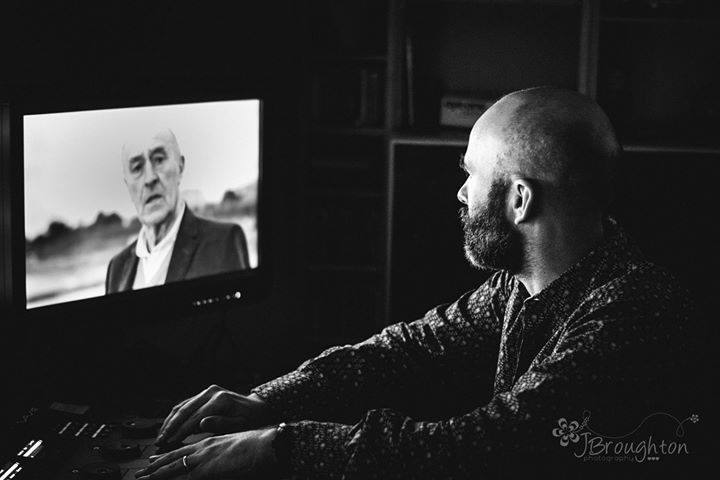 I have been an editor in British Television for nearly 20 years and in that time I have been lucky enough to work on programmes as diverse as Peter Kays Phoenix Nights, Cold Feet and Dragons Den to The multi award winning “Ups” documentaries.

As a well-respected finishing editor and colourist, the majority of my career has been spent working out of the region’s top post facility houses, usually in big air conditioned rooms with fancy sofas and hot and cold drinks on tap but after the birth of my twins in 2012, I began to wonder if we could do things differently?

My youngest son Thomas has Cerebral Palsy and it became clear that if I could build a finishing suite at home, I would be able to have far greater control over my family’s work life balance.
A traditional Finishing suite can easily set a facility back six figures but they all have one thing in common, without a skilled operator such as me, they are worthless. I had the skills, I just needed to find a way to build a reliable home system.

In 2013 I began to forge a relationship with Matt Aindow at Scan computers in Bolton, we often met for coffee and discussed what technology was out there to give me high performance on a modest budget. As my plans progressed I spent time meeting the back room boys at Scan in their labs. We explored the various trade-offs in the equation and discussed the boring yet vital aspects such as PCI-E lanes and processor cores.  We eventually settled on a system built around an ASUS Rampage Extreme V Mobo, with a 5820K i7 CPU, 64 Gig of memory and a K4200 Quadro (for Avid) with a GTX980 for grunt (Resolve). It had an internal 2TB SSD raid, Blackmagic mini monitor card and an ASUS Thunderbolt II card using all available 40 PCI-E lanes.

Using a mixture of professional and gaming components we began to realise my dream of a facility class home finishing system but there was one problem left to solve that could leave the whole project meaningless.

As a finishing editor it was critical that I could have full confidence with regards to monitoring. If I couldn’t trust my monitor then I would have no idea if my output was consistent and colour accurate. Matt introduced me to Victor Aberdeen at Eizo who make an industry renowned self-calibrating REC709 compliant monitor. Matt and Victor allowed me to test the monitor in real world conditions and it came up trumps. We added a Tangent wave control surface to give my system some balls and then it was over to Pete Balshaw to give me the best price in the country. With the finance in place, the 3XS elves sprang into action to build my system.

Within days of me getting it home in February 2015, I was called on to grade a rock promo for Sitcom Soldiers, then a number of charity films, content for art exhibitions and a 5K grade on the British feature film “Off Piste”, it also allowed me to work from home whenever I was called on to edit TV programmes. Large parts of ITV’s Unbelievable Moments Caught on Camera, Les Dawson Forever and Britain’s Darkest Taboo’s were cut in a cellar in Bromley Cross on my 3XS system.

Over the last 2 years, I have kept up my relationship with Scan and in particular Matt Aindow and have recently upgraded my system to now include a M4000 Quadro card replacing my original K4200. The GTX980 will be the next to be upgraded soon. I have also added a 24TB Thunderbolt II raid and using some Subst Gui software to mimic an Avid Isis installation I am able to easily manage the masses of media modern projects consume.

The way the team at Scan have worked hand in hand with me to see through my dream has been faultless and I am now often in the enviable position of working on kit in high end facilities that cannot touch my home system for speed, grunt and reliability.

Yet much more important than that I am able to keep my skills as a high end finishing editor in the market place whilst juggling the family life balance that comes with having a child with complex special needs. Without Scan, Matt Aindow and the 3XS team, this would not be possible. Thank you Scan.