Watch Grant’s video on the converters. 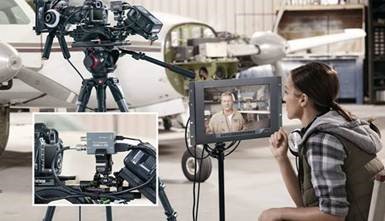 The incredibly small Micro Converter HDMI to SDI is available now for only, and the Micro Converter SDI to HDMI is also available for only £35. You get full size HDMI and 3G-SDI connections, along with full 10-bit broadcast quality technology, all in an incredibly small metal design that you can take anywhere! Both models are USB powered and feature the same micro USB connection that’s used on smartphones. You can power them from any device with a USB port such as your laptop, big screen television, or even a smartphone charger. An optional 110 to 240V AC power adapter is available separately and includes 4 different AC socket adapters so you can plug them into outlets anywhere in the world. The existing models, which include the micro converter and an AC power supply, have also been reduced in price. The Micro Converter HDMI to SDI wPSU can now be purchased for, and Micro Converter SDI to HDMI wPSU can now be purchased for. 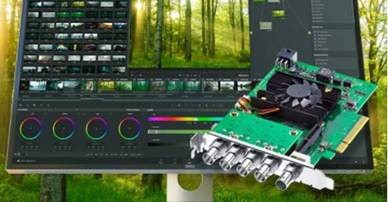 DeckLink 8K Pro has been designed to support all film and video formats from SD all the way up to 8K DCI, 12-bit RGB 4:4:4, plus it also handles advanced color spaces such as Rec. 2020 for deeper color and higher dynamic range. You can also work with up to 64 channels of audio, stereoscopic 3D, high frame rates and more. The new DeckLink 8K Pro breaks new ground in quality because it combines higher resolution, a vastly larger color space and incredible dynamic range to deliver the sharpest and most vivid images for editing, color and high end visual effects work. It’s when it’s used with DaVinci Resolve 14 that it’s very exciting, as it allows real time 8K workflows. DeckLink 8K Pro has a massive data rate into the host computer with an 8 lane, generation 3 PCI Express connection that plugs into Windows, and Linux workstations. Customers will get support for all legacy SD and HD formats, but also Ultra HD, DCI 4K, 8K and DCI 8K, as well as Rec. 601, 709 and 2020 color. It also handles 8 or 10-bit YUV 4:2:2 video and 10 or 12-bit RGB 4:4:4. DeckLink 8K Pro will be available in early January for only from Blackmagic Design resellers worldwide. 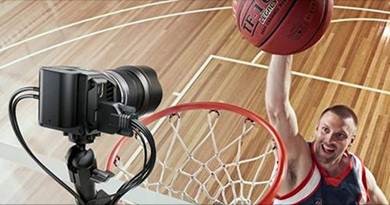 We also added support for PTZ communication via VISCA through the Blackmagic Micro Studio Camera 4K expansion port and also added support for PTZ commands in the Blackmagic SDI Control Protocol. In addition, new commands have been added to change the frame rate, toggle auto focus and to record via S.Bus. The camera now passes through remote record commands as SDI and HDMI record triggers to external recorders such as Blackmagic Video Assist and our HyperDeck family. Now you also get improved remote-control capability, so you can move the camera, adjust settings and start or stop recording from any location, even if it’s mounted in tight, hard to reach spaces! Blackmagic Camera 4.7 Update also includes features for the Blackmagic Micro Cinema Camera. In addition to record start and stop triggers on HDMI output, there is also now HDMI timecode output support. As for Blackmagic Micro Studio Camera 4K, the Blackmagic Micro Cinema Camera also has the ability to change frame rate settings, codec settings and toggle auto focus via S.Bus.